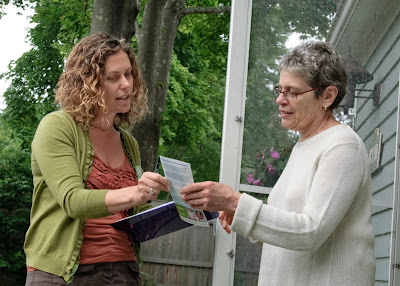 Wakefield, RI – This past weekend, Teresa Tanzi, Democratic candidate for State Representative for District 34 (Narragansett, Wakefield and Peace Dale), kicked off the next phase of her campaign by introducing herself to residents in her district. In conversations on doorsteps, Tanzi learned about neighbors' concerns both local and statewide.

The response from the community was overwhelmingly positive. Residents expressed excitement at the prospect of having new political representation. Underlying many of the discussions with Tanzi was a strong desire for change. In response to one neighbor who said he was cleaning his house when Tanzi stopped by, Tanzi stated, “That’s exactly what I am interested in doing. I’m running for the chance to clean up the House and clean up the messes our General Assembly have created for us on so many issues.”

Tanzi commented, “It was great to spend the afternoon talking with community members about what matters most to them and assure them that their concerns and those of the community would be heard and carried forward if I am elected.” She cited as goals of her campaign improving the connection between residents and the State House, offering voters a real choice on Election Day, and providing a new voice for South County. 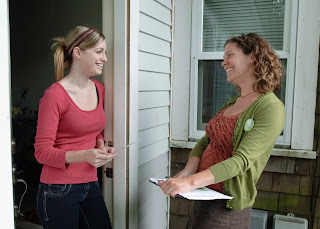 This weekend’s door-walking begins the newest phase of what has proven to be an energetic and community-oriented effort. The Tanzi campaign has seen great excitement and participation from local residents and business owners at a dozen house parties and fundraisers to date. The campaign has consistently engaged residents to help spread word of Tanzi’s candidacy through post-cards and neighbor-to-neighbor conversations in a true grassroots effort.
One community member told Tanzi, “It’s really wonderful to see a candidate who is so dedicated to listening to what matters to the community and so deeply engaged with issues here. We need a fresh face in the State House who will keep listening and not forget our values.”
Teresa Tanzi said, “Representatives in the State House need to create policies, on the budget, on government transparency, and on many other issues, that reflect the priorities and values of the community. Our current representative has lost touch with those priorities and values, and I think it’s time for a new voice and a new direction in our community’s representation. 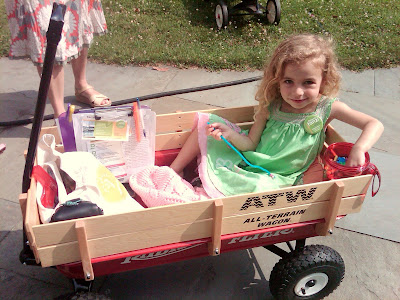