Tanzi is a public health champion 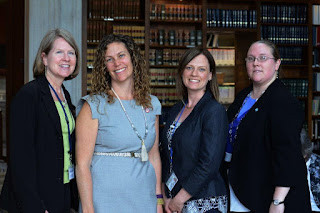 I am proud to support Teresa Tanzi in her re-election for Representative to the General Assembly. I have found a true ally in Representative Teresa Tanzi in my work as a public health advocate for the State of Rhode Island, and as a Professor at Brown University.  Year after year, Representative Tanzi fights to address the harmful impacts of smoking and tobacco products at our state house on behalf of every Rhode Islander. I am most impressed with Representative Tanzi’s tenacity in addressing public health issues, and basing her unwavering support on scientific evidence.
Representative Tanzi has sponsored legislation that would include electronic cigarettes in our current workplace safety laws, and prohibit their use in public places and enclosed facilities within places of employment.  With the relative newness of electronic nicotine delivery systems (e-cigarettes), minimal scientific study of these products has been conducted, including research on long-term use and exposure.  The health consequences  of e-cigarettes and exposure to secondhand e-cigarette emissions are unknown. Scientific evidence has not established these products to be safe, and in fact cancer causing chemicals in available brands have been detected by the FDA. The federal government has recently weighed in on the potential harmful effects of electronic cigarettes, but states must carry most of the policy protecting citizens from these substances. Representative Tanzi has fought for multiple legislative sessions to ensure that public places and workplaces remain completely smoke and vapor-free.
Representative Tanzi has also been a champion of raising the smoking age from 18 to 21.  Smoking is responsible for 1800 deaths per year in the state of Rhode Island and an estimated $1.1 Billion due to smoke-related illness and deaths. We know that roughly ninety percent of adult smokers began smoking during their teenage years.  Increasing the minimum age of access can have significant public health benefits for women, children, infants and families by delaying the age at which people begin smoking.  Also, keeping e-cigarettes out of the hands of 18-20 year olds makes access for those under 18 more difficult. Each year, 2,600 kids in Rhode Island try cigarettes for the first time; and 500 additional kids become new regular, daily smokers.  Without additional action to reduce tobacco use, 16,000 of the youth in Rhode Island today will die early from tobacco-related disease.


Representative Tanzi understands how harmful the effects of tobacco products are on our youth, on our general population and on the increased costs associated with smoking.  She has remained a steadfast advocate and I hope that for this, and many other reasons, that you will stand behind Rep. Tanzi and re-elect her to the Rhode Island General Assembly on the Democratic Primary on September 13th.
Patricia Markham Risica, DrPH
Narragansett