I will always defend the democratic process 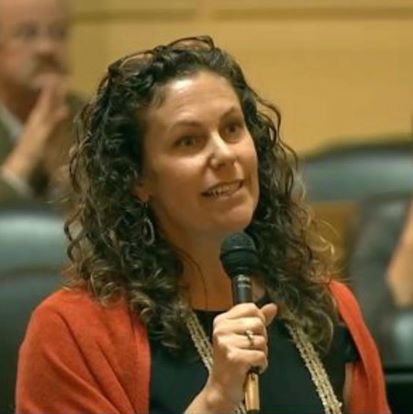 Transparency, honesty, open government – these are the values that everyone seems to agree on when things are going well. But when a crisis hits, suddenly we see people like the Speaker of the House trying to cut corners and silence the voice of the public. With the incredible challenges we’re facing right now, it’s more important than ever for leaders to stand by the values of good government.
I strive to live by those values every day as I represent Narragansett and South Kingstown in the General Assembly. It’s why I’ve fought to make the proceedings of the General Assembly more accessible to the public, and why I voted against the recent supplemental budget bill that was forced through the House of Representatives by leadership. I’ve heard some questions about that vote, and I wanted to share my thoughts with you.
﻿“I object, I object, I object… My no vote today will not be on the substance, it will be in fact on the process.” Those were my words on the floor of the House on June 18 when we met to close the $250 million budget shortfall for Fiscal Year 2020.  And if you care about having the voice of the public involved in the allocation of millions of dollars and respecting the democratic process, you will agree the process was flawed.
While Town and City Councils, public boards and government agencies had figured out how to conduct meetings via Zoom so that the public could participate while keeping all involved safe in the midst of a global pandemic, the Rhode Island General Assembly had failed. State legislators were still meeting in person, but public participation was stifled. The State House was closed to the public, and we heard bills and passed laws with no live public testimony taken. Towns had determined months earlier that this was no way to conduct the public’s business, and it was certainly no way to conduct the state's business.
Just as Narragansett residents rose up to protest when the Town Council  voted to move “Public Comment” to the end of their lengthy meetings, effectively silencing the public, I, too, rose up to protest the similar anti-democratic move by the House of Representatives. And while the protests of the Narragansett residents did not change the actions of the majority, in that instance, the actions that a bi-partisan group of Representatives and I took on June 18 did make a significant difference.
The very next committee hearings in the House included the voices of the public. A substantial victory, if ever I saw one!
I completely supported the contents of the supplemental budget, and said so during my floor speech that night. I stated if I were to have written it myself, it would not be substantially different than what we were voting for that night. Towns and schools needed and deserved the money the federal government sent us, but had I stood there silently and allowed that process to take place without objecting I would have been complicit in the silencing of the public- something I would never stand for at the state level or the local level.
There are three additional reasons for my objections: first was the fact that we had just two days to process the hundreds of pages of documents, and secondly, we did not have our usual budget caucus which is our opportunity to raise the priorities of our constituents. Finally, I felt it was imperative to draw a line in the sand and set an expectation that my colleagues and I would not sit quietly and allow the full $10 billion+ FY 2021 budget to follow the same undemocratic process.
I stand proudly by my actions, joined by 12 of my colleagues, in our successful defense of democracy and am hopeful that my constituents share these same values and will consider sending me back to the State House where I will continue to fight for process AND substance.
Sincerely,
Teresa Tanzi
State Representative, District 34
Narragansett, Peace Dale and Wakefield